L is for Luke

This is a slightly weird one.  I'm not on Tumblr, but I do browse a few interesting accounts.  The informal Star Wars themed manifesto that I'm about to re-post (or re-blog, or re-tumble, or whatever those darned kids are calling it these days) came from a pair of people whose only names I know are their Tumblr handles.  It's long -- and there's some salty language ahead -- but if you're a Star Wars fan, it's worth it. 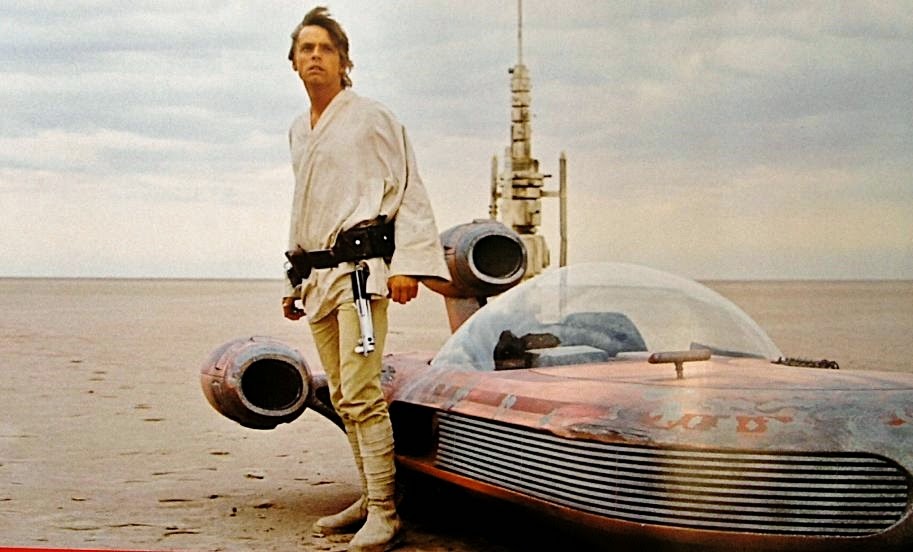 First, someone named fialleril posted the following, in response to a challenge to provide the "Top Five Things About Luke Skywalker:"


Okay friend, well I hope you are prepared for an explosion of feelings here.

1. His character arc. I adore Luke at all stages of his character development (and tbh I really have no patience for people who talk about “whiny Luke”). I love him because he goes the whole journey - from this relatively inexperienced, but still profoundly earnest young man to someone who is wise and compassionate and absolutely himself. I love that his journey is hard-fought. He’s a fundamentally good person, yes, and that’s one of my fave things about him too, but he’s not this naturally all-forgiving incarnation of compassion. His compassion is burning and hard as the twin suns, and he works at it, makes a conscious decision to live that way, and has to keep re-making that decision, over and over and over again, often in the face of what everyone around him is telling him. And he makes that decision because he’s been through the depths, because he survived the annihilation of self that was Bespin for him, and he came back out from the underworld, carrying with him the knowledge of death and resurrection. He has one of the best executed mythical story arcs out there.

2. His earnestness. I mentioned that above, too, but I gotta mention it again. I really love characters who are just unapologetically decent, earnest people - people who care, people who dedicate themselves wholeheartedly to what they believe in, people who are idealistic and live their lives in that idealism, who are often wrongly assumed to be naive or foolish or unrealistic because they choose to believe in the goodness of humanity. Luke is all of those things, and often in spite of what quite a lot of people would consider evidence to the contrary, and I love him for it.

3. His goofiness. Characters who are all of the things listed above and also enormous dweebs are my greatest weakness of all. I said that the scene where they’re captured by Ewoks and Luke is just giggling behind his hand as Threepio insists he’s not allowed to impersonate a deity is one of my favorite Luke scenes ever. I was not exaggerating.

I don’t think Luke is much of a prankster, though he probably enjoys other people’s pranks. But I do think he’s probably (in)famous for his ridiculous puns. Han is constantly groaning about it. Leia is more likely to sigh fondly and say, “Well, that’s Luke.”

Things only get worse when he starts chatting more regularly with his father’s ghost. (Anakin’s jokes are awful. And I have a headcanon that ghost!Anakin, who is finally free for the first time in…ever, has really cut loose and is probably the kind of overly intense, overly dweeby person who’s just so awed by life and existence and everything that he’s caught in a state of constant wonder. And terrible jokes. But I digress.) Anyway, sometimes Luke passes on Anakin’s jokes, which always make Leia groan even more, and Han just stares incredulously every time, like, “Darth Vader told you that joke?! I refuse to believe that. It’s a fucking terrible joke.”

Then eventually Han and Leia have kids and Luke becomes the cheesy-but-awesome uncle, which is literally everything he ever wanted out of life.

Oops, I guess this became a headcanon entry. Oh well!

4. The way he interacts with Artoo and Threepio. Luke never seems to think of them as “just droids.” Even when he first meets them, he treats them like people with their own thoughts and experiences - thoughts and experiences that he is genuinely interested in learning about. His relationship with Artoo undergoes a character development arc all its own, just like his relationships with the biological characters, and I adore that. The way they talk to each other is just wonderful.

5. Luke is more Jedi than the Jedi. Or, to put it the way I’ve been saying it for years (and wow, it really is years now, what a horrifying thought!), he’s the only one who ever really gets it.

Say what you will about Anakin in AOTC, but I actually really like his definition of compassion there. And he claims it’s central to the Jedi way of life, but the cold hard truth is that we don’t see any prequel era Jedi ever actually living that way. Compassion is hard, so much harder than fighting, or even than controlling your own feelings. Compassion is knife-edged and burning like the sun, because true compassion makes you see - the other, and yourself.

In the first numbered point I talked about the journey into, and back out of, the underworld. In some ways I think Luke is the only one of the Jedi who actually makes the anabasis, the journey back from the depths. Everyone else gets stuck in that place of death. Anakin’s stuck-ness is most obvious, but Obi-Wan and Yoda, too, are trapped and largely powerless in their respective exiles. There’s no way forward for them. They can teach Luke, but all they can teach him is what they know, which is a binary, Dark and Light, good and evil absolutes, the fullest and final expression of which is Obi-Wan’s flat-out admission that they’ve trained Luke to kill his own father, because that’s the only choice.

None of the Old Republic Jedi ever could have done what Luke does, which is to throw away his sword and stop fighting. And I love that THAT is the moment when he says, “I am a Jedi” - that moment in which he is, in so many ways, acting least like the Jedi of old. There he is, a Jedi confronted with two Sith Lords, and his greatest action is to refuse to fight. Something that would have been literally unthinkable for any of the Jedi of the old Order. But not just “I am a Jedi,” no, he says, “I am a Jedi, like my father before me.” Everything about that statement is like a perfect antithesis of the old Jedi Order, from the words he says to the actions he takes along with them.

So Luke throws away his lightsaber and rejects the binary understanding of reality, and that’s when Luke names himself, both a Jedi, and his father’s son.

And the thing is, he’s right. He is a Jedi. If compassion is central to a Jedi’s life, Luke Skywalker may very well be the only Jedi that has ever been.

Wow.  Very cool.  Harry Knowles kind of foreshadowed some of these sentiments in a quote that I once posted here, but this went much further.

Back on Tumblr, someone named karigan-gladheon (whose account doesn't seem to exist any more?) made a pithy, but insightful follow-up comment:

Han Solo, no-strings-attatched smuggler who risks his own life because of that stupid boy with his stupid ideals who somehow became his true friends.

Fucking Darth Vader, children-murdering super evil villain, who cannot stand to see his boy die who so long ago was the proof of Anakin Skywalker’s love and dreams.

And Mara Jade, brain-washed professional assassin, who somehow can’t go through with killing that one annoying farmboy who keeps offering her options and second chances and friendship and is so kind even though actual people aren’t supposed to be like that.

Luke is a fucking Disney princess and his super power is love. 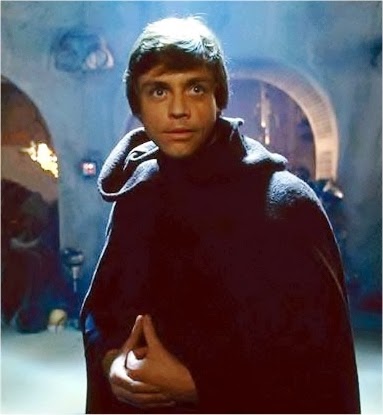