It's been a while since I've done a January blogiversary post.  Servitor Ludi was started on January 2, 2011.  It blows my mind to think of this weird project as 5 years old, but the data is the data... 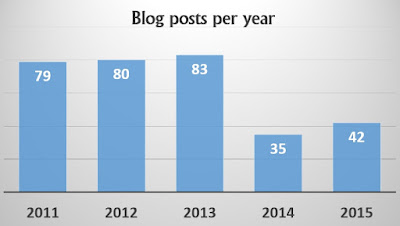 The last two years have been busy in other areas... 2014 filled with uncertainty, interviews, and preparing for a leap into the unknown.  2015 being the first year in a new job and new state.  Are things settled down enough to get back to the 80-ish posts per year of the early days?  Probably not, but I do hope to inch my way back up to that neighborhood.

I recently got an idea for a theme for the infamous April A-to-Z Challenge.  I've been down that road three times before, and it's always been rewarding.  Stay tuned for a definite announcement once I've pondered it a bit more.

I've got more content queued up for the Youtube channel, and a few other ideas for posts clunking around, but I don't have any other grand plans.  Over the past few months, my family and I have been binging our way through the 1993-1998 TV series Babylon 5, which I may write about here when we're done.  Other than that, I guess you can just expect more of the same -- games and geekiness, all with a sprinkling of esoterica.

I hope 2016 brings you all joy and fulfillment! 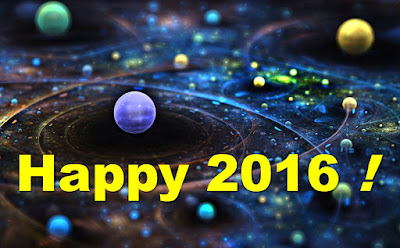 Posted by Cygnus at 8:20 PM No comments: