Ever since my new job started in 2015, this blog has definitely taken a back seat.  I'd like to try to reverse that a bit, and maybe by posting a quick list of highlights (from 2018) and wishes (for 2019), I can kick things into gear.  Anyway...

1. A few months ago, I was hugely flattered and humbled to receive blog comments from one of my favorite authors.  The wonders of the internet...

2. This year, an old classmate of mine from 5th & 6th grade (roughly ages 10-12 for non-US readers) joined Facebook, and we spent a few weeks over the summer reminiscing over the groovy late 1970s.  Digging into old boxes from that time revealed something else that I had forgotten:  As a kid, I once wrote to sci-fi author Arthur C. Clarke, and he wrote back!  It was just a form letter, but he added a few flourishes at the top and bottom... 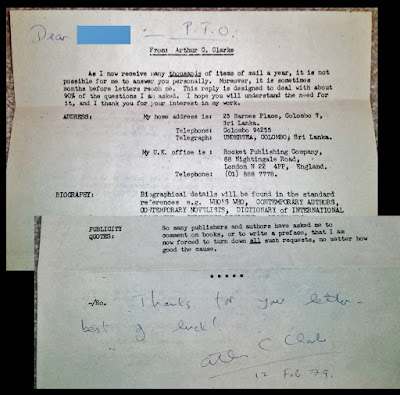 For the life of me, I don't know why I didn't remember this when I wrote this post.

By the way, I'm not sure what the "P.T.O." at the top meant.  Clarke's letter came from his home in Ceylon... now Sri Lanka... so, maybe "Pacific Theater of Operations?"  Doesn't sound right.  "Please turn over?"  I think the sheets were typed on one side only.  Any ideas?

3. This blog has gone into some oddball territory, but I'm not sure if I've ever talked much about my love of coins.  I never really amassed a huge collection, but I've always liked the history, symbolism, and lore.  I also have had a sweet spot for the pre-decimal coinage of Britain... you know, pounds, shillings, pence, farthings, and so on.  At two different times this year, I took a deep dive and constructed some interesting graphical images.  First, some nice visual examples of the classic types, with their amounts laid out clearly: 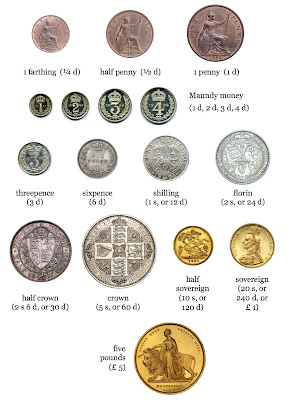 Next, after finding an auction catalog of weights of silver coins -- listed by monarch from the Dark Ages to the 20th century -- it was interesting to tabulate and plot how British silver money has been "debased" over time... i.e., how the amount of silver needed to make up one "pound sterling" got smaller over the centuries.  Here's the data:


Note the gradual drift downward from 1400 to the late 1600s... until Isaac Newton came in (as master of the mint!) around 1700 to bring together perception and reality!  There's also a mini-history of metal-working technology in this plot, too.  The spread of weights gets narrower over time, as mass production became more accurate.

4. What do the following songs have in common?

The Who's Baba O'Riley, Slade's Run Runaway, BTO's You Ain't Seen Nothing Yet, and Rush's The Necromancer (final part: "Return of the Prince").

I'll attempt to hide the answer on your screen... just highlight the text to see it:

The majestic I-V-IV-[V]-I chord progression!  (That second [V] in square brackets is optional; just lengthen the IV if it's missing.)  I don't know why, but that particular progression does it for me every time.  Finding quasi-universal patterns like this is a fun side-quest in my search for a playable Glass Bead Game....

1. Believe it or not, I'm still working on a piece of short fiction that I first got excited about in 2014.  The first draft is about halfway done, and I've gotten some feedback on that half from the best writer I know.  I've got my fingers crossed that I'll grab enough time to finish it this year.

2. Yes, I'm also continuing to add notes to my corpus (corpi?) of thoughts about: (a) the Glass Bead Game, and (b) my own D&D retro-clone Homebrew '82.   Low low priority these days, but still going.

3. I've been slowly working my way through the 33 short stories in Dangerous Visions, the ground-breaking book edited by the late Harlan Ellison and published the year I was born.  This anthology exemplified the "New Wave" of the time, and it was only this year -- after collecting Harlan's works for the past few decades -- that I found a copy at a used bookstore.  As I read each one, I'm writing spoiler-free mini-reviews, and ranking the stories into 3 groups (skip, okay, wow).  I'll publish them on the blog when I'm through the whole thing.

4. I'm kinda sorta still doing tumblr, even after the controversial purge of NSFW content earlier this month, but I'm mainly just collating and reblogging stuff I find cool.  I'll occasionally scan images from old comics or magazines that I haven't found online, or maybe post some of my numismatic musings (see above), but I'm not a super-user by any means.

I hope everyone who got to the bottom of this post has an awesome 2019!

Posted by Cygnus at 3:27 PM No comments:

A little nonsense now and then...

...is relished by the wisest men!

And this man had no idea that Willy Wonka's defense of snozzberries comes from a longer poem, simply titled "Ode," by one Arthur O'Shaughnessy:

We are the music-makers,
And we are the dreamers of dreams,
Wandering by lone sea-breakers
And sitting by desolate streams;
World losers and world forsakers,
On whom the pale moon gleams:
Yet we are the movers and shakers
Of the world for ever, it seems.
With wonderful deathless ditties
We build up the world’s great cities.
And out of a fabulous story
We fashion an empire’s glory:
One man with a dream, at pleasure,
Shall go forth and conquer a crown;
And three with a new song’s measure
Can trample an empire down.
We, in the ages lying
In the buried past of the earth,
Built Nineveh with our sighing,
And Babel itself with our mirth;
And o’erthrew them with prophesying
To the old of the new world’s worth;
For each age is a dream that is dying,
Or one that is coming to birth.
I'll be pondering this one for a while.
[I hope to have some other blog updates coming soon...]
Posted by Cygnus at 7:08 PM No comments:

Email ThisBlogThis!Share to TwitterShare to FacebookShare to Pinterest
Labels: poetry 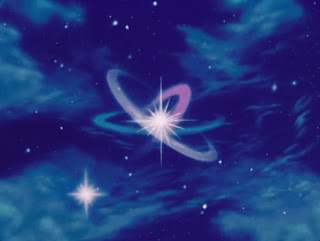 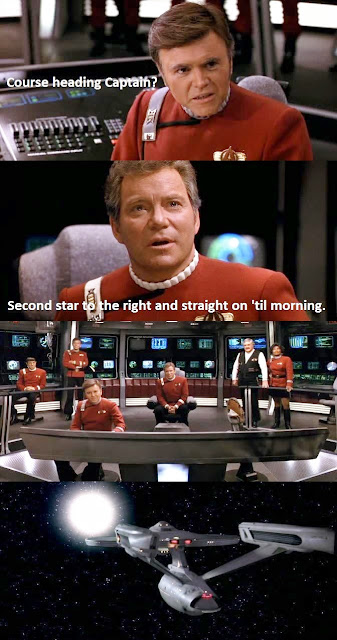 You know the rest, and you know the name of that place those tramps go, where they can walk in the sun.
Posted by Cygnus at 9:35 PM 4 comments:

Give me Star Trek (Cygnus version)

Six months... probably the longest the blog has gone without an update.  I really want to be posting here most often, but life is busy.

A week or two ago, I saw an interesting Star Trek related meme by someone named Skye Gray (but it's hard to pin down its true origin).  I thought it really got to the hopeful heart of the franchise.  However, Discovery wasn't represented -- meaning it was probably made prior to 2017 -- and there were a few pieces of the puzzle that I didn't quite think were optimized.  Thus, I made my own version...


Trek fans may find aspects to complain about (Pine and not Shatner? Broccoli for Courage?) but I stand by my choices.  Share if you like, and live long & prosper.