Sorry folks, no Blendsday today.  I'm away at a conference this week, but I'll be back in the mythopoetic mashup trenches soon enough... 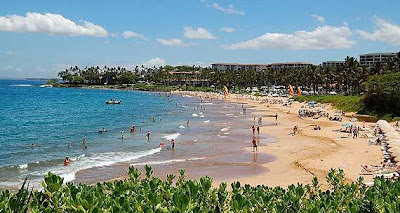 On a Blendsday night, a comedian died in New York

"This city is afraid of me. I have seen its true face. The streets are extended gutters and the gutters are full of blood and when the drains finally scab over, all the vermin will drown. The accumulated filth of all their sex and murder will foam up about their waists and all the whores and politicians will look up and shout 'Save us!'... and I'll look down and whisper... GOOD GRIEF!" 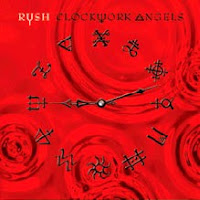 I'm not sure if there's much of an audience here for music reviews, but this one called out to me.  Each new album by Canadian prog trio Rush has been a big event in my life since 1984's Grace Under Pressure.  Clockwork Angels is their first studio album in about 5 years, and I'm still mulling a lot over after just one listen to it all the way through. Still, I thought it worthwhile to get my thoughts down on virtual paper...

For the spoiler conscious (to the degree a rock album can have spoilers!) I'll put my comments on the lyrics and "story" below a cut at the bottom.

Before getting into the music, I must mention their use of alchemical symbols on the album cover.  They've always catered to their geeky fans with stuff like this, but this goes above and beyond!  Each of the 12 songs gets a unique symbol whose alchemical meaning resonates somehow with the lyrics. The full set corresponds to the clock-face in the image above, too.  (Notice that the time on the clock is 9:12?  If that's PM, then it's 21:12!)  I was happy to see a few that I was considering for my April A-Z posts on symbols, so, yeah, I'm the target audience, here.  In the liner notes, it gets even more geekily complicated, with a nested inner ring of 8 symbols surrounding an even smaller ring of 4 symbols (the four elements, I think), surrounding a central core that's divided into two halves (day/sun and night/moon).  We'll be analyzing that quite a bit, I think!

The band has been lauded for getting back to its prog-rock "concept album" roots with Clockwork Angels, but I'm not sure how much that extends to the actual music.  They do some stretching by bringing in some guest instrumentalists (strings and piano) as well as a BIT of flirtation with the synthesizers of old (e.g., some almost psychedelic sound effects on the title track).  But, overall, I'd say that 80% to 90% of the music is straight guitar, bass, and drums, and the style wouldn't be a surprise to people familiar with their last two studio albums.

The composition and execution of the music is technically flawless (as far as this non-musician can tell).  For dudes who will soon be celebrating their 60th birthdays, they're still in top form.  However, there's one thing that prevents me from truly lavishing complete praise on the music.  I think many people may recognize that you can split up Rush albums into two distinct time periods:
I'm using 1991 as a stand-in for the time period running from Presto (1989) to Counterparts (1993), during which the melodies seemed to gradually fade away.  Does anyone else see this?  To me, it's a major seismic fault running through their career.  For some reason, the recent songs are plagued by lyrics that (though the ideas and poetry are brilliant) aren't just that suited to be melodic lyrics at all.  It almost seems like there are too many syllables in each "line" for Geddy to sing. The end result is that he can't do anything other than just modulate up and down, up and down, by little half-steps of pitch, without the melody actually going anywhere.  Certainly makes it hard to have a memorable hook to sing in the shower!  :-)

But, for me, the music is secondary.  It's really about the mind of this guy:

and please click down past the cut to hear more about what words and ideas come pouring out of that mind...

I've posted two geektastic image mashups so far in this Blendsday series, and I've got a few more in the can and ready to go.  However, I thought I'd break things up a bit by highlighting a way that you can get into this game too... without having to be, you know, an actual talented artist!

When I was first searching for these juxtapositions, I came across a great artist named RabitTooth who not only created quite a few fun reimagined pieces, but also made a couple of "blank canvases" -- specifically the X-Files "I want to believe" poster (without the UFO) and the Beatles' Abbey Road album cover (without the Beatles) -- all ready for people to insert their own favorite items.  I couldn't resist, of course...


It may not be the most artful composition, but at least you can't see the string!  :-)

Right now I can't find any other ready-made backgrounds for iconic scenes, but I'm sure they're out there, just waiting for me to think of the right search-phrases!  I'll edit this post if I come across something cool.  In the meantime, I assume you're all familiar with internet memes, as well as a certain 4-year-old poster that you can imitate with your own images and captions?  There may still be some fun to wring out of these things...

Another Wednesday, another weird visual mashup between two semi-geeky franchises...  This time it's a classic comic strip merged with a surreal modern animated TV show: 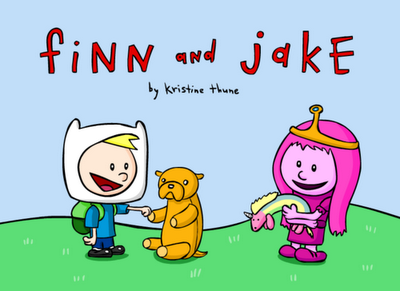 There are probably more than a hundred Calvin & Hobbes image mashups out there, but this one spoke to me because it seems to pose an answer to an ongoing question: What kind of world do the characters of Adventure Time really inhabit?  Is it post-apocalyptic?  Is it Lovecraftian?  This suggests that this phantasmagorical world could all be in the imaginations of these two kids...  After all, there often seem to be two distinct realms on the show: the wild and peril-fraught world of Finn & Jake, and the pastelly Candy Kingdom of Princess Bubblegum.  These worlds sometimes come together, but often it's either one or the other.  Much like when two very different kids play together and agree (or not!) on a shared adventure...

5e: Everything new is old again?

I'm not sure if I'm going to present a comprehensive set of negative comments about the D&D Next open playtest, as promised.  Basically, I agree with much of what Jeff and Gavin and Greg and Labgrrl had to say, and it can't be too useful to belabor it further.  The old/new school divide seems to be a pretty fundamental clash of cultures, and its unlikely for one new edition to bring everyone back into the fold.

What I do feel like talking more about is how a single "unified core mechanic" for die-rolling can be a boring experience to an old-schooler like myself.  Others have added to this the fact that rolling a single d20 as that core mechanic is kind of a blunt instrument for generating interesting probabilities.  Some people don't like that it's a single, diagonal staircase of 5% hops.  I don't mind the 5% gradation (anything finer is overkill, I think), but the sheer linearness of it means that one needs to pile on more and more modifiers as characters advance in power.  Talking about having to roll a 26 on a d20 can make for some awkward cognitive dissonance, too.  The new advantage/disadvantage mechanic of D&D Next stirs up those waters a bit, but it's still an epicycle piled on top of all the existing modifiers.

I thought I'd take a minute to summarize how I'm planning to handle this in Homebrew '82.   My goal: Eliminate dice modifiers!

I admit that two major mechanics (fighting and spell-casting) do use a d20 as the "to hit" roll.  Is it just nostalgia that I'm hewing close to Basic/1e D&D here, at least for the combat rolls?  Cross referencing against the character's fighting ability and the defender's AC doesn't seem that convoluted to me.  A single row on the character sheet is all you need to be looking at. Spells and miracles use the caster's INT or WIS as the "fighting ability" and the relative ease of the spell (i.e., caster's experience level minus the spell level) as the equivalent of AC.  Temporary boosts in power can be thought of as enhancements to one's abilities, rather than abstract +X modifiers to a die roll.

For nearly everything else (ability checks, rogue skills, saving throws, contests), I greatly prefer the roll-low Xd6 system that I talked about here (see also cyclopeatron).  The GM sets the difficulty level as the number of d6's to roll, and your ability score is the number you've got to avoid exceeding.  Rogues get a higher "specialist ability score" for a few key skills, and that score advances by 1 with each experience level.  I like that this also avoids the silliness of having two numbers for each ability (the 3d6 score and the modifier that goes from -4ish to +4ish), which I think unnecessarily infects some OSR retro-clones, too...

Want to see the probabilities for Xd6? 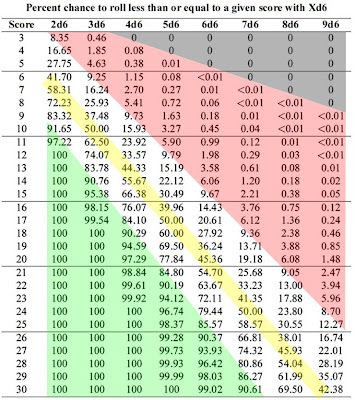 The color schemes illustrate the regions of absolute impossibility (gray), dangerously low chance of success (red), 50/50 (yellow), and near certainty of success (green).  The bell-curve nature of these probabilities seems so much richer to me than those d20 core mechanic stair-steps.

But the thing that makes this system flow for me is the dictum of "No modifiers allowed!"  I admit, though, that this rule has not yet been tested at the table! Will it hold up under the strong light of actual play?  We'll have to see...  :-)