Okay, just a couple of other updates, mostly in the "life is weird" department.

Despite my crazy situation regarding moving (or maybe because of it), last weekend I was the victim of a two-hour frenzy in which I conceived of an absolutely awesome theme for a month of A-to-Z themed posts... and I managed to fill all 26 slots with cool, alphabetically appropriate topics.

When I used the word "victim" above, I was serious: it came upon me like a tidal wave, to quote Mr. Loaf.  Not completely out of nowhere, since the ideas did build on some other thoughts I've been having.  Still, it was stupefying to see it all coalesce so quickly.  To quote another pop culture icon, 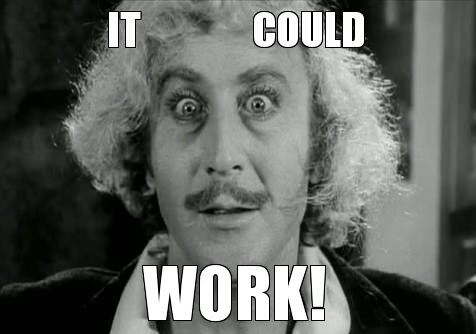 But now, the question.

Should I do it?

I took a break from the April A-Z challenge this year after doing it in 2012 and 2013.  It takes time and energy, for sure.  Some writers may see the word "challenge" and chuckle in comparison to their daily output.  It's apt for me, though -- especially for the new year, in which I'll be dealing with a new job and a new home.  But... but... I'm tempted to give myself something more or less familiar to do, so it's not all newness on every front.

No firm decision yet, but I'll be meditating on it.

The other thing isn't quite news, but it's fun to report on being enchanted by something shiny, out there in the weary world.  Random car-radio dial spinning found me at Emerson College's radio station (which you can listen to online).  I forgot how invigorating and electrifying college radio can be.  This station uses the word "discover" in their logo, and yes, you bet, I'm discovering a lot.  In just a single 24 hour period, for example, I managed to be swept away by...
- - -

Edit (Dec. 2, 2014):  One more very cool song just discovered on WERS... The House, by Air Traffic Controller.  Don't let anyone say you can't tell a powerful little story in a couple of verses and a chorus.

In Harlan Ellison's Eidolons, there is an ultra-short story within a story (maybe just 500 words) that begins:


"I awoke at three in the morning, bored out of sleep by dreams of such paralyzing mediocrity that I could not lie there and suffer my own breathing."

The remainder of that paragraph-long piece tells how the protagonist's boredom was "cured" by an unimaginable sequence of horrible calamities.  The piece ends with the only possible reflection:

Well, for me, the universe is providing.  :-)  No horrible calamities as yet (fingers crossed), but getting ready to move across country is making for some big-time disruptions that my goodly wife and I haven't experienced since our 20s.  I got home yesterday from a quick trip to sign an apartment lease.  Finding a place that's okay with our four felines was stressful, but luckily the in-person part was completed in just one day.  A red-eye flight got me home before a big snowstorm hit the Rockies.

But!  The chaos of packing has unearthed some interesting artifacts.  I found the colorful plastic name-tag from my first job: picking up garbage at a Six Flags theme park.  (No image to post, but just think of the "pieces of flair" from Office Space.)  I found a copy of the Norse myth play that I wrote at the age of nine.

A more recent layer of strata revealed the robot costume that we made for my son when he was 5 or 6... 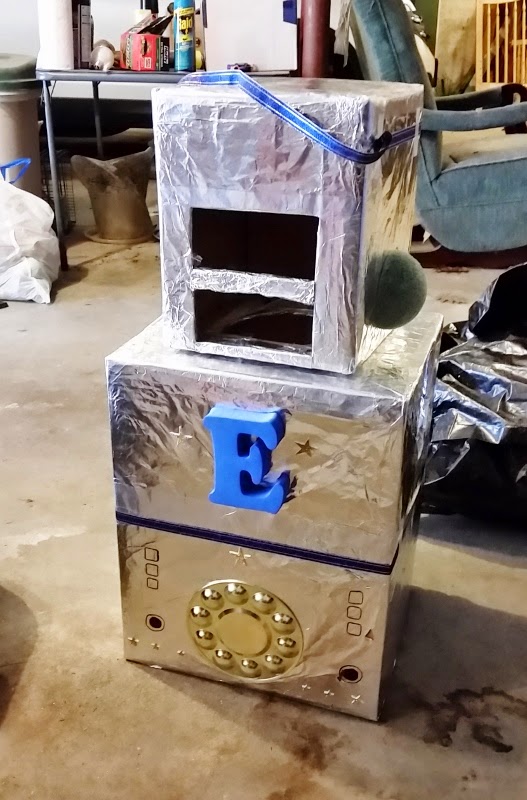 A bit of garage mold necessitated a ceremonial disposal, but not before fully documenting the find, like good archaeologists.  :-)

There were also a few things that connect with the history of this blog... 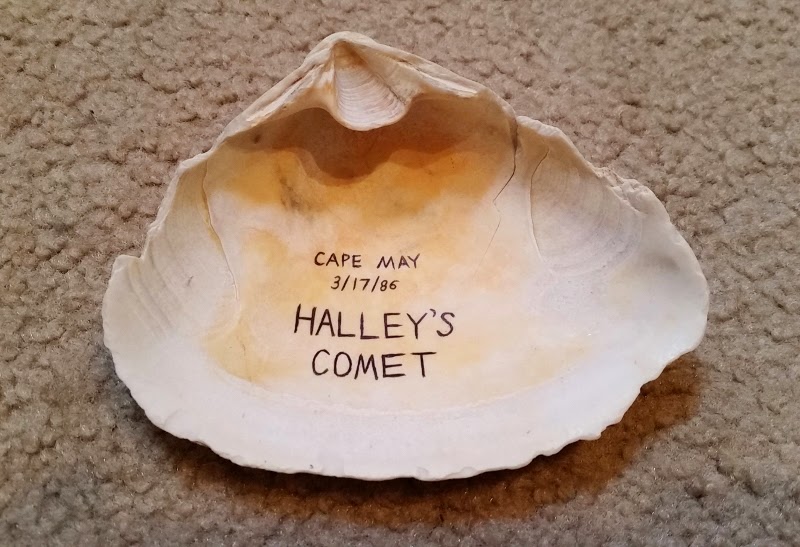 Yup, this was pretty much a true story.  Below is the most surprising find... 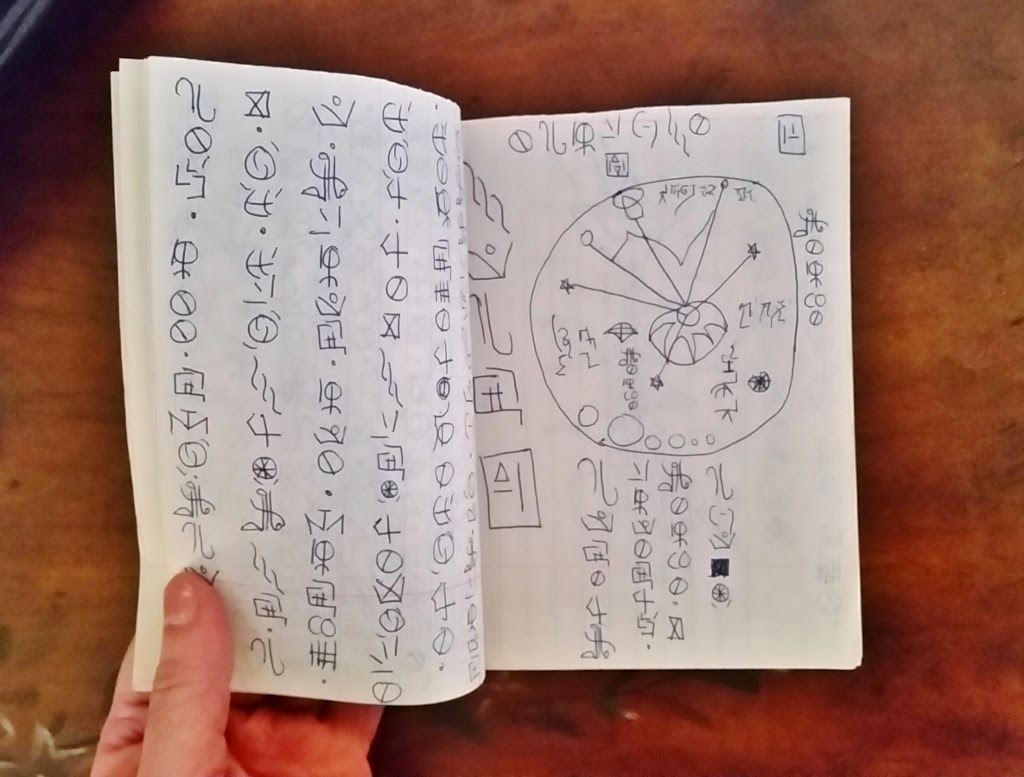 ...which completes the documentation of the Alphabet of Neptune that I previously revealed to the world.  The above symbol, by the way, is the "Interplanetary Peace Sign."  Nice.  If there's interest, I could conceivably post a translation of the whole booklet.

There hasn't been much time for writing fiction, but on the plane I added quite a bit to the copious notes and outline for the story that I talked about last time.  My characters now have names.  :-)