1. My family and I were lucky enough to be within driving distance of the Great American Eclipse on Monday, so we went on the moonshadow quest.  We didn't spend our precious 2 minutes and 25 seconds taking crappy cellphone pics, since we knew the professionals were out in force.  Here's an example from someone from NASA's Marshall Space Flight Center: 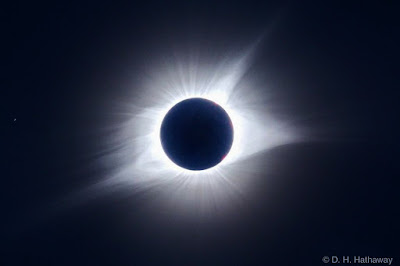 If you can wait a bit, you should check out what Dr. Miloslav Druckmüller (arguably the best eclipse photographer in the world) will have to show for his trip to the States this week.  It may be another month or two before he posts his results, but trust me, they'll be worth the wait.

Should I join the thousands of others who are having trouble putting their experience of totality into words?  It was my first one, and I can honestly say it was a hugely different experience than looking at pictures online.  Truly remarkable.

2. I'd been getting out of the habit of reading novels lately, so a few weeks ago I decided to catch up on a reputed sci-fi classic.  I devoured Dan Simmons' Hyperion (and its second half, The Fall of Hyperion), and came out of it pleasantly enchanted by his vision of humanity in the year 2852.  I liked the "Canterbury Tales" framing vibe of the first book, and how he broke out of it in the second.  After hearing that a TV miniseries may be in the works, it got me thinking about a "dream cast" of actors who could portray Simmons' memorable characters.  I'm planning on reviving my YouTube channel and creating a slideshow video to illustrate those choices.  Fun!

3. A little more than a month ago, I was also fascinated by a serialized story posted online, titled "17776: What football will look like in the future."  I'm not a football fan, but this story was about much more than the gridiron.  If you want your mind blown, I won't say another word.  Just click on that link and don't be prepared to come up for air for a while.

4. The internet has allowed many of us to indulge in nostalgia in lots of different ways.  I forget how I came across it, but I found a description of a series of children's encyclopedia books that my Dad had when he was little.  The Vintage How and Why Library was published in the 1930s and 1940s, and I got to read them when I was a kid in the 1970s. 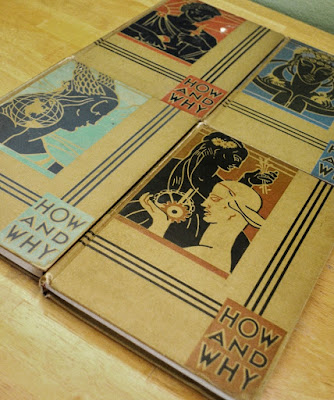 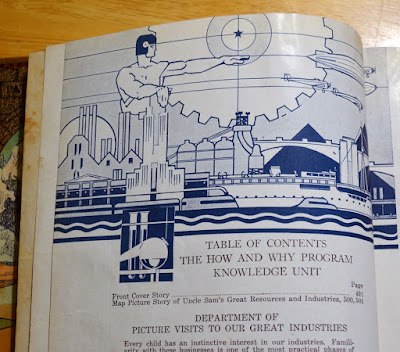 Nothing substantial to say, other than the most memorable bit being the Art Deco style renderings of majestic gods and men.  Also, don't let anyone tell you that elves with those swept-back ears were an invention of 1990s video games!  :-)

The above is my carefully constructed Geek Code, which is supposed to help others size me up in a single glance.  (I'll pass over the well-trodden irony that this gives the once-excluded the tools to become the excluders.  In practice, I think nearly everyone who used this code used it to find kindred spirits.)

I've (kinda sorta) wanted to make this for almost a quarter of a century, but I never did it back in the day.  The above string of identifying marks is brand new, but it's weird that the definition of the code hasn't been updated a long time -- so long that its home page has expired and the above link goes to a saved page at the Internet Archive!  Although most of the items are true for 2017-Cygnus, I did have to scratch my head a bit to recall my fine-grained ideological stances on the VMS operating system, Kibo, and the X-Files.  :-)  On a few of these things, I had to punt.  I used the exclamation point (!) to mean either "this thing is so foreign to me that I have no idea" or "it's just none of anybody's bidness."

“The truth, the human experience of magic -- our ancestral, animistic awareness of the world as alive and expressive -- was never really lost. Our senses simply shifted their animistic participation from the depths of the surrounding landscape toward the letters written on pages and, today, on screens. Only thus could the letters begin to come alive and to speak. As a Zuni elder focuses her eyes upon a cactus and abruptly hears the cactus begin to speak, so we focus our eyes upon these printed marks and immediately hear voices. We hear spoken words, witness strange scenes or visions, even experience other lives. As nonhuman animals, plants, and even 'inanimate' rivers once spoke to our oral ancestors, so the ostensibly 'inert' letters on the page now speak to us! This is a form of animism that we take for granted, but it is animism nonetheless -- as mysterious as a talking stone.” 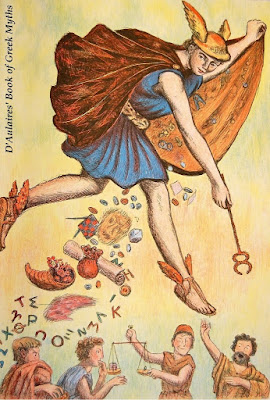