The 50th anniversary Doctor Who special (or, the Adventures of Sand Shoes, Dickie Bow, and Grandpa) was yesterday!  I noticed an old Whovian picture post of mine getting some extra hits, so why not another?  Feel free to discuss speculations and spoilers, sweeties, in the comments. 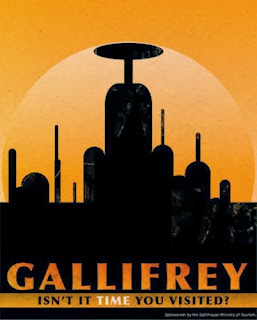 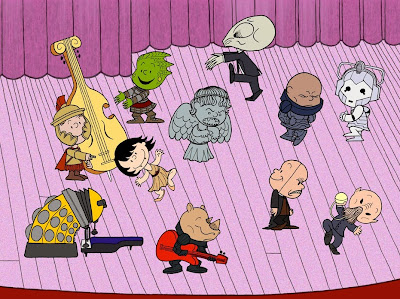 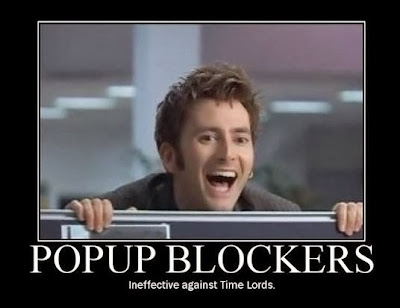 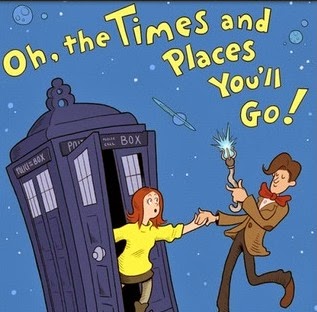 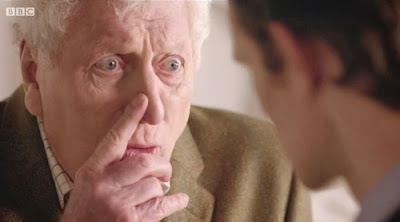 Email ThisBlogThis!Share to TwitterShare to FacebookShare to Pinterest
Labels: whovian

It's been a while since I've done one of these posts about my favorite weird alphabets and languages.  Today I'm thinking about a fascinating bit of 19th century American history: the Deseret Alphabet of Brigham Young and the early Mormon community.

The reasons why this religious leader decided to promulgate a new alphabet aren't universally agreed upon.  Young did state that a main goal of this project was to simplify written English and save schoolchildren years of anguish learning to spell.  He wasn't alone, of course; see my earlier post on various attempts at orthographic reform that kept on chugging through the 20th century.  However, some also believe this alphabet was an attempt to set apart the new Mormon community from the rest of mundane America.

The Deseret alphabet only really lasted a few decades as a major "supported feature" of Utah Mormonism.  After Brigham Young's death in 1877 it quickly faded into history. The letters have a kind of an ornate beauty to them, but they may be a tad too complicated for their own good.  Still, like many other obscure interests, our lovely inter webby super highway has brought together its fans and energized its community.

As an eternal searcher in realms spiritual, I sometimes get a bit jealous of groups like Mormonism that set themselves apart and live a life so full of symbolism and meaning.  To be clear, I'm not eager for someone to spoon-feed me my beliefs, but the idea of living within an ornate surreality (see here for more thoughts on that word), decorated with such a rich interior design of ideas, has a strong pull.  In some ways, I already do that with the concepts of Thelema and Hermetic Kabbalah, but I don't tend to identify with many of the actual people who work with those ideas.  The surreality is built more strongly in like-minded community, I suppose.

Oh well, there are plenty of other communities... family, professional, and blogospheric... they're sometimes too much for me to handle already... why would I want to add something else?  :-)

FYI, the next few weeks will be filled with hectic travel for me, so posting may be sparser than usual.  Best wishes to all as we head into the dark days of winter!
Posted by Cygnus at 9:09 AM 19 comments:

On Day 24 of my accelerated stroll through the 30 Songs in 30 Days challenge, I mentioned an important song for which I couldn't find a good link.  Well, if you can't hear it, you can at least read the lyrics.  (Hmm... it's weird. As I read the words with my eyes, they kind of seem a bit boastful... but that's the complete opposite of the feeling you get when listening.) 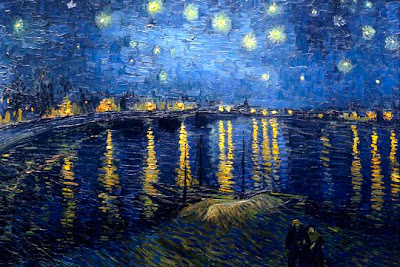 Email ThisBlogThis!Share to TwitterShare to FacebookShare to Pinterest
Labels: music

Space: Above and Beyond

"Courage. Honor. Dedication. Sacrifice. These are just the words they used to get you here. Now the only word that means a damn to you is life -- yours, your buddy's. The one certainty in war is that in an hour, maybe two, you'll either still be alive or you'll be dead.  For the next hour, here's your best chance of staying alive." 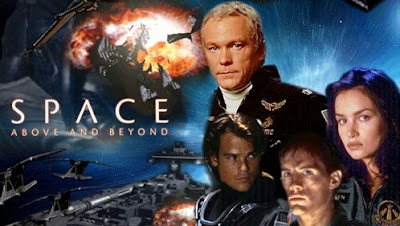 I forget if I've talked about my family's tradition of watching some good (or bad) sci-fi on the weekends.  Last week we finished going through the full set of David Tennant's run as the 10th Doctor.  This weekend we started something a bit different.

Space: Above and Beyond was a science fiction TV series that ran from 1995 to 1996.  Yup, just one season.  But what a season!  This show is typically in top-ten lists of "awesome shows that were cancelled before their time."  It was created by Glen Morgan and James Wong, two guys that started out writing some of the best early episodes of the X-Files, and then were given the chance to create their own show for Fox in the mid-90s.

My wife and I enjoyed this show at the time it first aired, and we were disappointed at its cancellation.  Watching the pilot again today, we were pleased at how much held up.  The characters remain engaging, the special effects aren't too clunky, and the patented Morgan-Wong monologues still have the ability to tug at the heart strings.  (They must have been big fans of classic American theater... Tennessee Williams, Arthur Miller, and so on... They put in at least 2 or 3 identifiable bits of eloquent speechifyin' per episode.  For a show about war, love, and loss, it works.)  Our boy really enjoyed it, too.

The show follows the path of five fresh lieutenants, space marines in the year 2063, who happened to join up right as humankind happens to discover that, no, we are not alone.  In the wake of a horrific series of Pearl Harbor type alien attacks, they have to finish their training fast and head to the front lines.  There they meet the 6th main member of the cast (and fan favorite), Colonel T. C. McQueen, a battle-hardened vet who gave the speech I quoted above.  The actor who portrayed him may share the same name as a famous mojo-risin' lizard king, but he's all about the gravitas, with a cauldron of emotion simmering under the surface.  Back in the 90s, we were hooked by the plot and effects, but we kept on watching for him.

We'll be going through this wonderful old show over the next 20 or so weekends.  I can't promise to review every single episode, but I'll pop in with thoughts as I have them.