Despite my Biblical title, this post has absolutely nothing to do with the book of Revelations.  It's a celebration of J. Michael Straczynski's epic TV space opera Babylon 5 that ran from 1993 to 1998.

My family and I recently finished watching all 5 seasons, plus the 7 stand-alone movies, in an intense three-month roller coaster ride.  We're kind of in B5 withdrawal a bit now, but it was worth it.  In fact, watching it so "densely" meant that Straczynski's intrictate foreshadowing (in the early seasons) and heart-breaking callbacks (in the later stuff) weren't lost on us like they may have been if we only watched one episode per week.

I'm not sure how much needs to be said about the show and its background.  It takes place in outer space, in the 23rd century, and involves humans and aliens in a story of war, peace, love, and betrayal.  Straczynski plotted the whole thing out as a single story from start to finish, and he wrote something like 90% of the episodes.  Back in the 1990s, he also was ahead of the social media curve, contributing notes and answering fan questions in online forums.  I was a frequent reader of the Lurker's Guide to B5 back then, and I'm impressed that hoary site is still live.

Straczynski's writing was at times a bit stilted, but that was a small price to pay for the scope of his ideas and the depth of his characters.  I knew this was a special show from the earliest episodes, when the main character often reflected on his favorite poem.  Now that I think of it, the themes of that poem ran through much of the rest of the show, too.


The long day wanes: the slow moon climbs: the deep
Moans round with many voices. Come, my friends,
'Tis not too late to seek a newer world.

The mind-blowing high-concept sci-fi ideas were brought to the show, in part, by creative consultant Harlan Ellison, about whom I've sung praises before.  The heart and soul came, mainly I think, from actors Andreas Katsulas and Peter Jurasik, who played alien ambassadors G'Kar and Londo -- sometimes bitter enemies, and sometimes bitter friends. 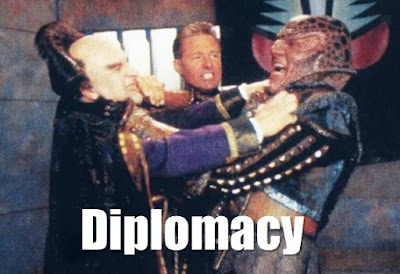 I never got into any of the Babylon 5 role-playing games, and there were a few out there.  However, there was one old sci-fi game that I think could be morphed quite nicely into the B5 milieu.  Weirdly enough, it was based on a much less intellectual, more action-packed pew-pew-pew, franchise.  Flash Gordon and the Warriors of Mongo (see a nice review here) was published in 1977 and was largely forgotten by 1978.  It was a hybrid of a role-playing game -- where your "player characters" could go where they wanted, and do what they pleased -- and a recruitment game -- where the overall goal was to gather up a team of allies to defeat bad ol' Ming the Merciless.  I think the main characters of B5 probably spent more time gathering allies -- and trying to prevent them from infighting and one-upping each other -- than they did fighting wars.  The idea of shoring up alliances in order to prevent war is one that I don't think games have utilized as much as they could have over the years.  This activity can certainly be gamified into something just as "fun" as blowing away your enemies, I'm sure.

Ah well.  There's so much else about Babylon 5 I could wax on about.  There was that "Day of the Dead" episode (penned by Neil Gaiman), when four deceased characters came back for one night, in the most heart-wrenching way possible.  There was Zathras!  There were some dangling loose ends, some of which I think were tied up in novels (that I'm starting to track down, naturally).  And there was love of all varieties... long-lasting, unrequited, obsessive, tragic, and comic.  I'm not sure whether the happy endings or the sad ones will stick with me the longest, but there are lessons in all of them.

Although, as a whole, the gaming blogosphere isn't as active as it once was, I have been buoyed by some recent quasi-random gems of phantastical ludology... 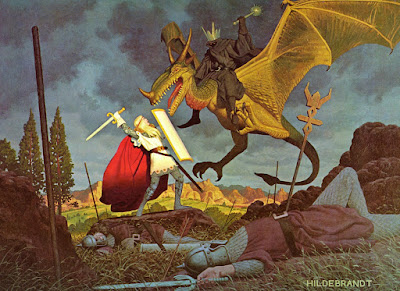 "The cumulative impact of these four systems is to create situations which heavily favour relationship-building and non-violent forms of conflict resolution. Of course there will still be fights; of course the PCs will occasionally just say 'fuck it' and shoot a bunch of guys in the head. Of course there are going to be some people who just need killing. But mass violence isn't the default solution, and it usually isn't the best solution. The best solution is talking: treating your potential enemies like people, negotiating, finding common ground. With a bit of work, you can turn them into allies instead of enemies, leaving the encounter stronger than you were when you came in." 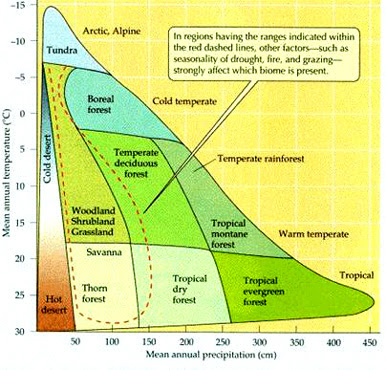 I'd never seen different climates plotted in such a way before... order brought to (what I thought was) the messy chaos of nature!  Very satisfying for my inner worldbuilding geek. The site that picture came from is pretty cool, too.
Posted by Cygnus at 10:05 PM 2 comments: