My family and I may not be going to see the new Star Wars movie until early next week, but the premiere of Episode VII is nearly here! 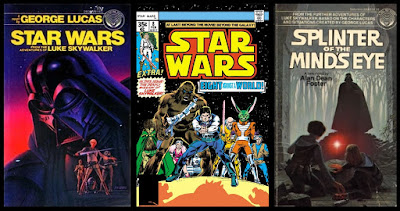 In honor of the occasion, I wanted to give you fine nerf-herders a few interesting links...

May the Force be with you all, this fine holiday season!

Update:  Saw Episode VII on Sunday!  Woo-hoo, that was some Star Wars.
Posted by Cygnus at 10:41 PM