A trip to Old Number Six

I spent a rare day off today making a pilgrimage to a favorite used bookstore... 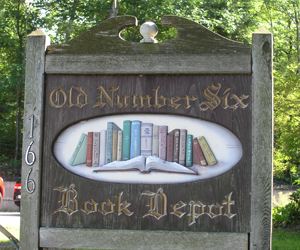 With more than 100,000 musty treasures available for browsing, how can you go wrong?  I picked up a book of poetry to better acquaint myself with one of my April A-Z post subjects, and I also found a long-sought occult tome for under $10 that I've only seen for over $50 on the webernets.

I also happened to see a rare (?) role-playing game book that was recently on a list posted by Catacomb Librarian, here, as one of several that deserve more attention in the blogging world.  (Don't worry about it being lost to history, though... the good Librarian has already started to dig into its quirky details, here.)  Unfortunately, the proprietors must have known its worth, too... $45 was too steep for me, for something I'd most likely never play.

Anyway, it was a fine day.

Also, a few other random bits that don't quite deserve their own posts...

(1) As a follow-up to my previous review, I eventually realized that Austin Grossman's characters Simon and Darren were probably not based on Jay and Silent Bob (duh), but more likely on two, you know, actual pioneers of the home computer age... 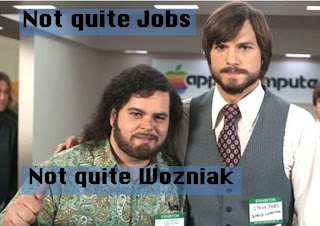 I'm pedantic and geeky, but I never claimed to be quick on the uptake!  :-)

I'd have used pictures of the real guys, but these actors give off vibes that are much more reminiscent of my conception of Simon and Darren.  (In Grossman's book, for example, Darren was a lot slicker and smarmier, and Simon was a lot more psychologically damaged, than the real Jobs and Woz probably were back in the day!)  This movie comes out in a few weeks... if any of you see it, I'd be curious to hear your opinions in the comments.

(2) A couple of days ago, I spent far more time than I'd care to admit scrolling through a web page called Awesome People Hanging Out Together.  Come on, they found this picture: 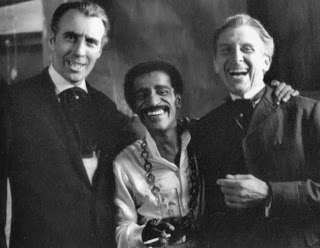 That's Count Dooku on the left, Grand Moff Tarkin on the right, and in the middle... the Candyman!  cha ch'kan... cha cha ch'kan...   Not a Star Wars or Rat Pack fan?  Okay, how about: 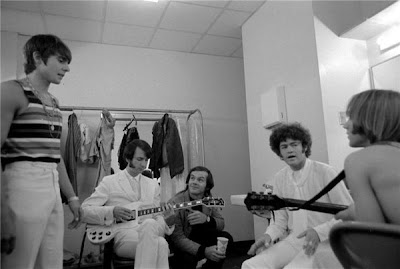 Look closely... "Daydream believer, and a homecoming..."  "You want the truth? You can't handle the truth!"

(3) Blah blah blah third thing.  I just realized that this one probably could and should be expanded to a full post.  I'll hold off on it for now, in order to learn a bit more about this topic before proceeding.
Posted by Cygnus at 7:30 PM